An art inspired vase on Monday

June 29, 2020
I always think of George O'Keeffe's painting of a white convolvulus when I see this beautiful plant, rambling rampantly through the hedgerows.   I saw her painting of a single bindweed (or jimson weed, as she knew the plant) at an exhibition in London in the 1970s, and I have just read that a similar work, Jimson Weed/White Flower No. 1, was sold in 2014 by the Georgia O'Keeffe Museum, at auction to Walmart heiress Alice Walton for $44,405,000, more than tripling the previous world auction record for a piece by a female artist.

So, this simple, white wild flower is really rather something special, but don't get me wrong, I would not want one romping through my garden!  She is a very invasive lady.  Having said that,  I wouldn't say no to her glamorous, luminous sky blue cousin, morning glory! 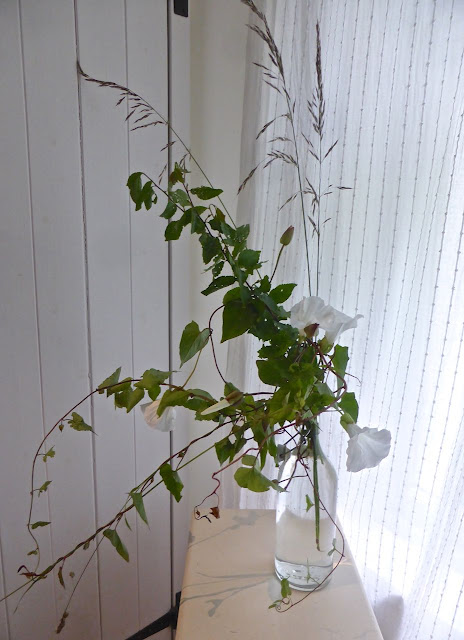 Some of the flowers in my vase are not in the best condition as we have had a very wet and windy weekend, and they are so delicate, but I hope they give enough of themselves for you to understand why I chose them for my vase today. 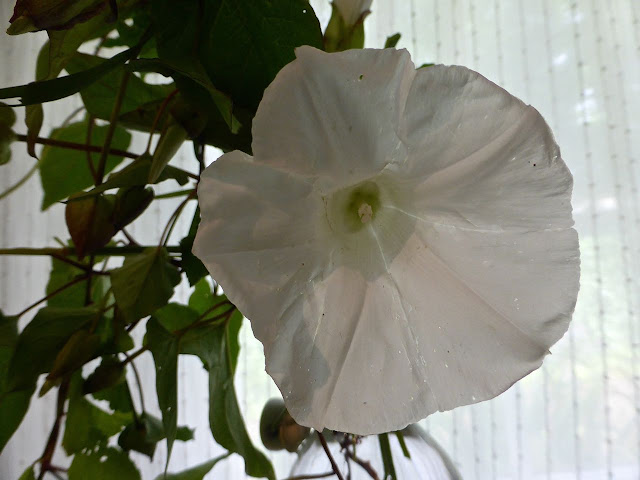 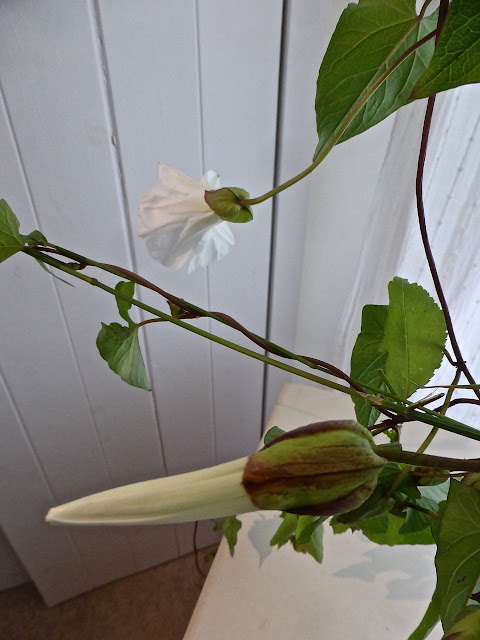 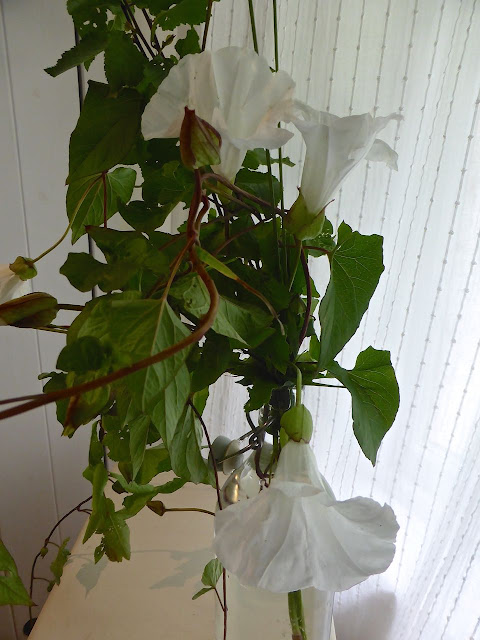 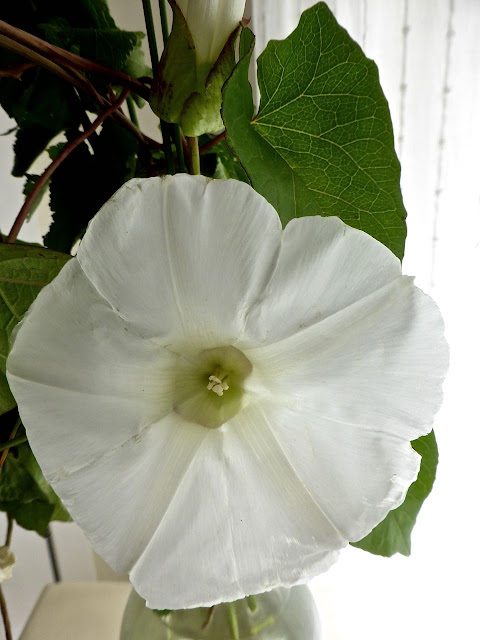 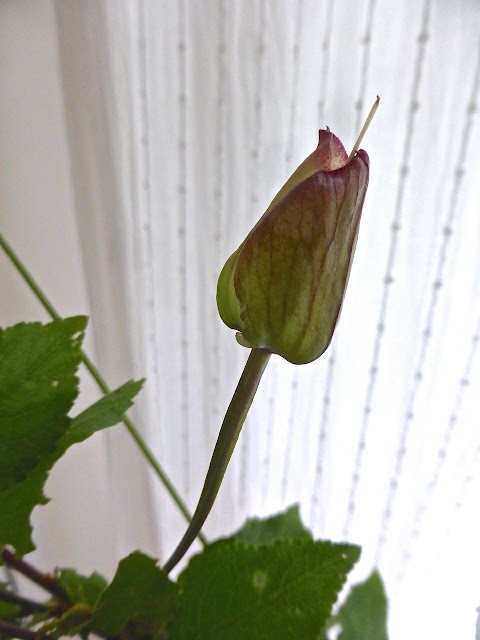 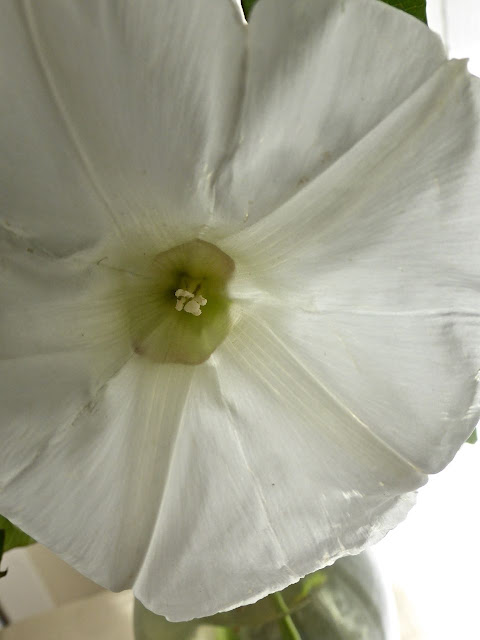 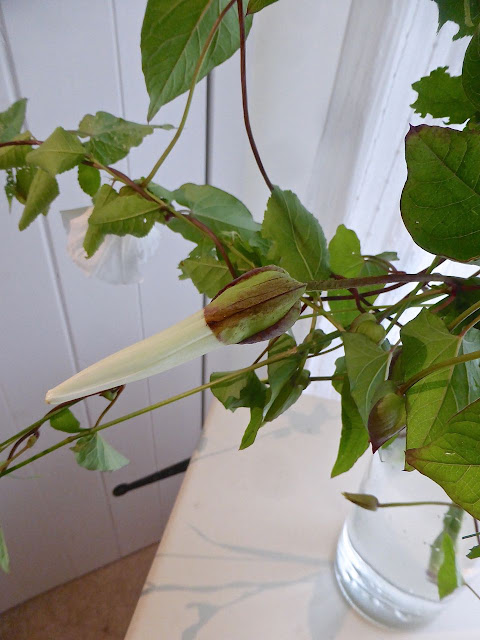 And the pink little cutie in my second vase is also a convolvulus, field bindweed Convolvulus arvensis, but is far more modest, spreading out along field margins and the edges of paths but in rather less spectacular fashion than its relation above, large bindweed, Calystegia silvatica. 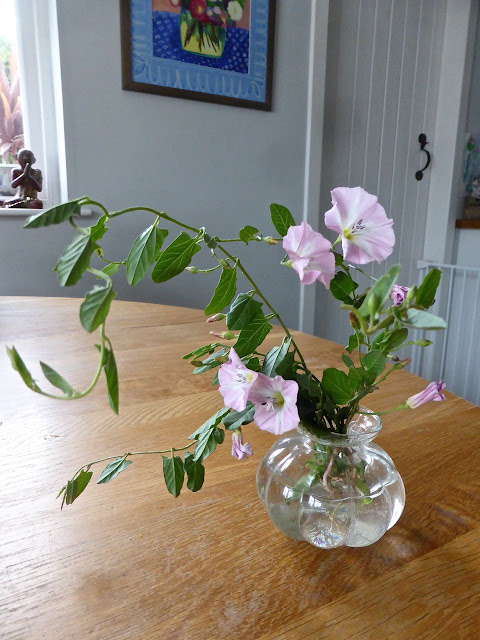 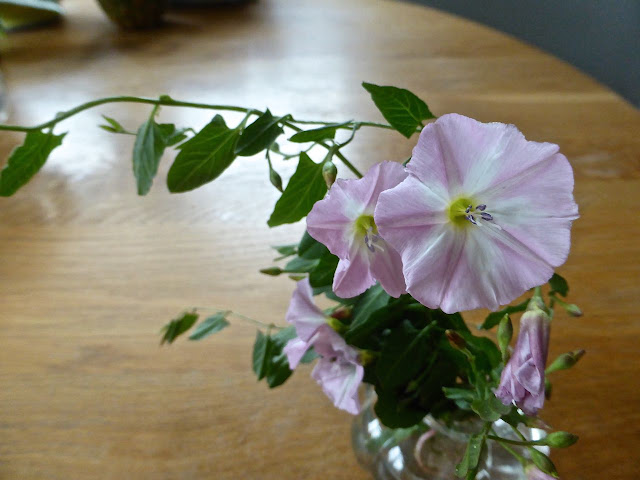 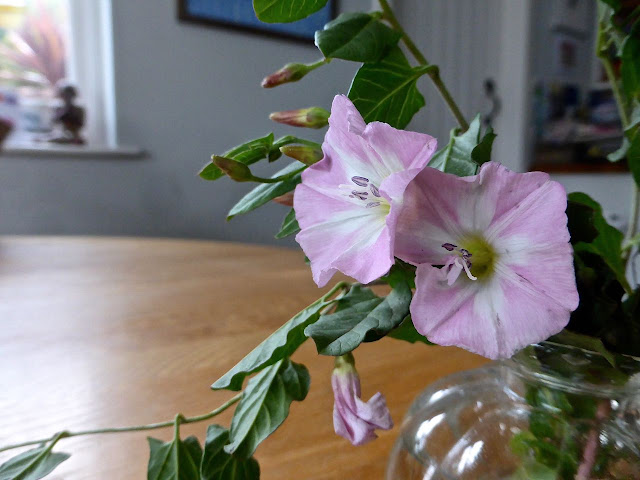 In celebration of my sweet peas in a vase on Monday

November 25, 2019
It is almost December and I have finally cleared away the sweet pea plants, despite a handful of flower buds at the end of two or three green vines.  No bud or fresh flower gets binned by me!  And these flowers, in particular, have been so stalwart and beautiful that I thought the very least I could do, in recognition of their performance into very late autumn, would be to give them centre stage in my vase today.