The flowers may be small, but they still pack a colourful punch! 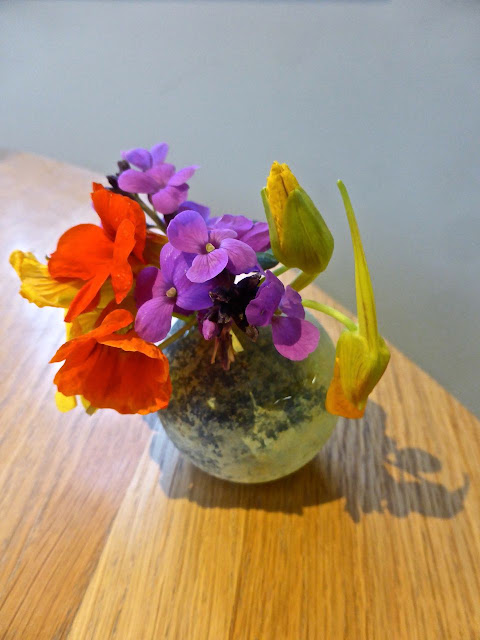 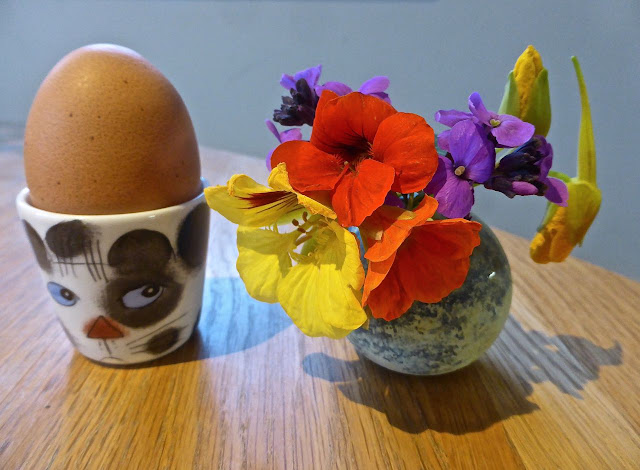 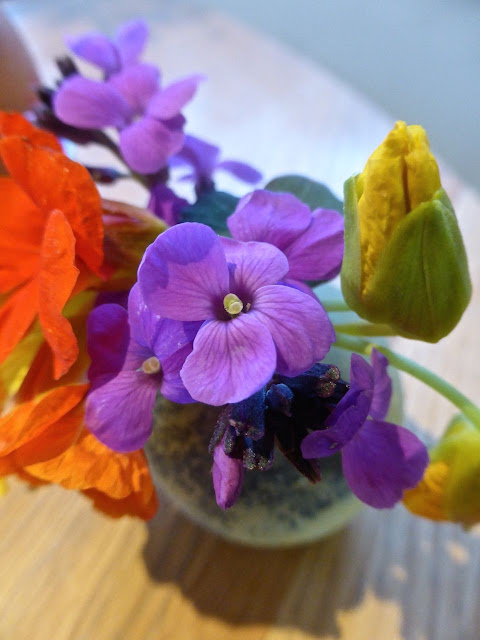 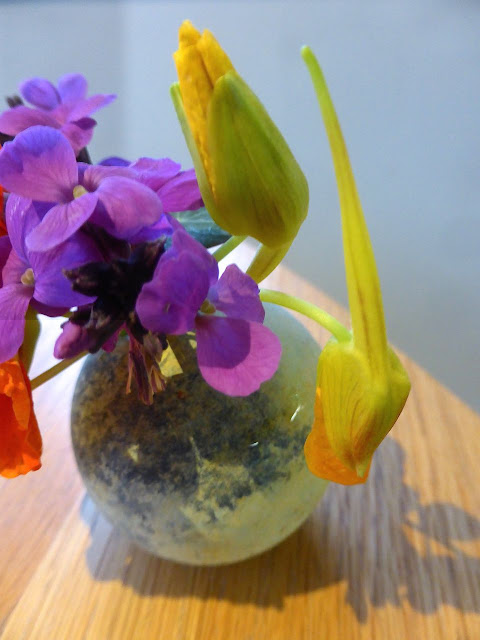 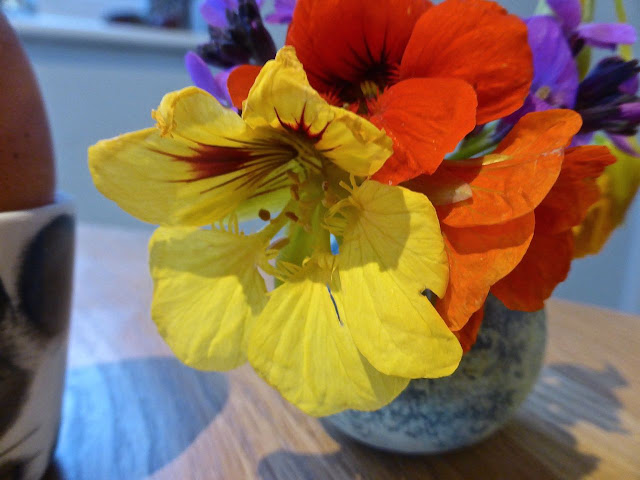 We also have another tiny porcelain vase made by the late Austrian-born British ceramics artist Lucie Rie.  Today's challenge seemed too good an opportunity to miss, so here is the tiny vase with a few Mexican fleabane.  Shame about the name, but hooray for the flower - I love the way it quietly makes itself at home in crevices and corners of the garden. 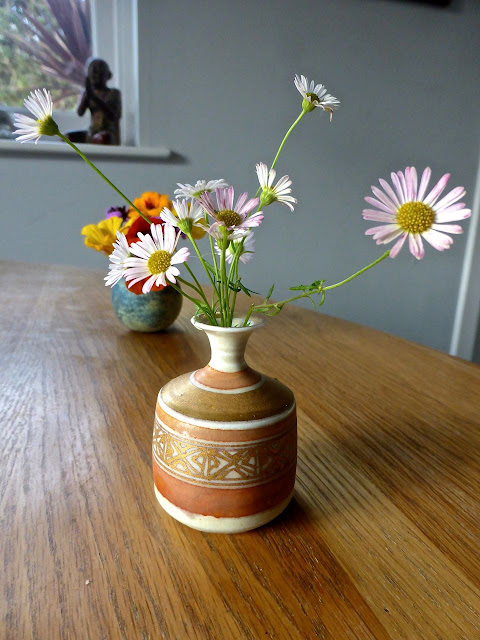 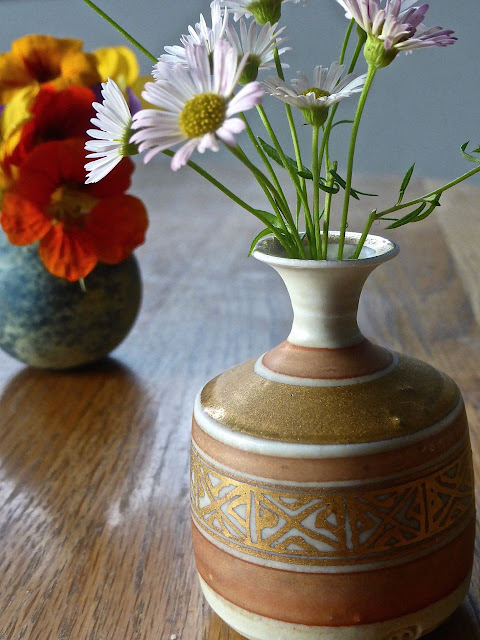 July 30, 2015
By the time I have walked about four miles, my toes are screaming at me - it's the arthritis, you see.  One of the joys of being that little bit older than I was.  However, for a long time, I have been keen to walk along the beaches, and follow the coastal path, between Gullane and North Berwick. So, having worked out the tide times, I decided today was the day, and off we went. Below is our starting point, the bay at Gullane.  It's a lovely beach, very popular with dog walkers. This is looking east, the direction Tilly and I were going to take. Looking back, up the Forth, the unmistakable bulk of Arthur's Seat, and Edinburgh's skyline, just clear enough to see. For most of the walk, there is the choice between wandering along a series of beaches, or following a path along the top of each. There's no denying it, at heart I am a shell-seeker.  I have loads of shells at home.  We lived on one of the out islands in the Bahamas for a just over a year, a lo
7 comments
Read more

September 28, 2020
The first thing I do, once we have unpacked our car, which has been groaning with all the stuff we need for a week's stay in the holiday cottage, is head for the outer gardens of Colonsay House. It is a place of wonder for me! I particularly love the leaves of the giant rhododendrons. There are many different varieties, all planted in the early 1930s. The outer gardens are generally overgrown, having had little tending over the decades. That makes them even more magical! The old woodmill falls apart a little more every year, but that's fine by me because I love corrugated iron and especially if it's rusted! And of course the bees. Colonsay's beekeeper, Andrew Abrahams, has one of his apiaries on the edge of the pine wood. So lovely - the hum of busy bees and the heady smell of the pines. We are here - finally! Delayed by four months by the wretched virus, but now I am on holiday! Hooray!
Post a Comment
Read more

In a vase on Monday - colour

September 21, 2020
The intense colours in my vase this week come from nasturtiums, sweetpeas and a single glorious zinnia! Their beauty and love of life speak for themselves and need no further words from me! Enjoy!
8 comments
Read more