Craggy landmass
grey, green and russet
rocky heights, moorland and bracken …
lying on the rim of a vast ocean, a tiny treasure

From the ferry deck,
Slipping away on the starboard side, Hebridean Mull
Jura to port
on the south-west horizon, a grey smudge of land
separated from the sea by a mist,
Colonsay hovers

We dock, the ferry dwarfs the quayside at Scalasaig,
a simple place
one general store, a café, community hall
grey and white houses dotted around the hillside,
the kirk, perched on a rocky mound

On a sunshine-bathed May day
blue skies are washed clean by North Atlantic winds,
fresh from Newfoundland 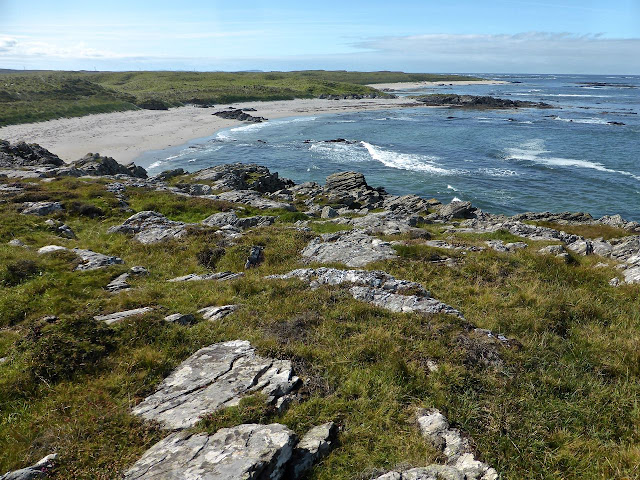 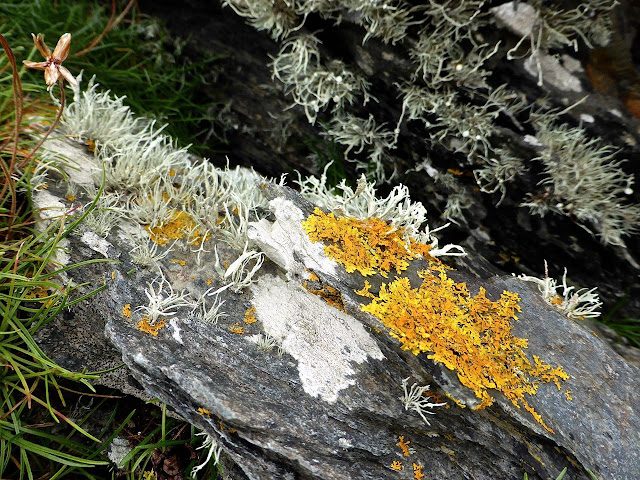 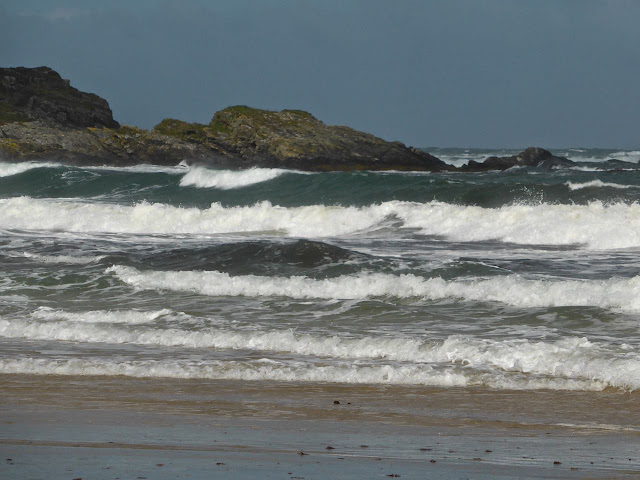 Beyond Ardskenish peninsula, grey seals bask on rocks
two sea otters play
tumble, whirl and swirl in crystal waters,
up and over a jutting rock
oyster catchers pipe, and the wild winnowing sound of the curlew, borne away on the wind

A necklace of treasures strewn along the Plaide Mhor tideline
sunshine yellow whelks and ginger coloured periwinkles, Littorina fabalis,
lavender corals and strings of chocolate-brown bootlace seaweed
and where the rocks meet the sea
sugar-pink cushions of sea thrift, succulent stonecrop and butter-yellow tormentil
powder-blue spring squill, Scilla verna – ‘a lover of wild places where the wind beats the cliffs with sea spray’
Inland, around the sapphire waters of Loch Fada
larks, ascend to deliver their twenty minute repertoire
The rare, elusive corncrake stalks through long grass and rushes, its call, a fingernail running across the top of a comb. 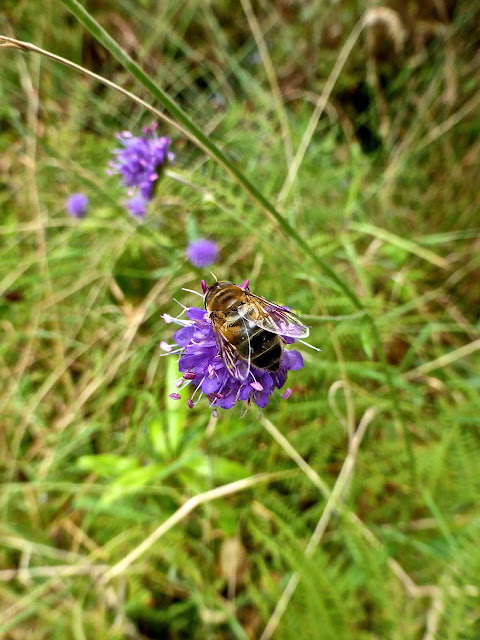 In the misty early morning, springtime cuckoos alternate their calls across the moor
a background to the liquid song of the blackcap,
a single bleat in the distance, as a sheep calls her lamb
a timeless sound
an old wild billy goat, rambling solo around the moorland
his ancestors shipwrecked here with the Spanish Armada


At intervals throughout the day, the reconnaissance flights of a pair of noisy grey lag geese,
passing low over tree tops
hen harrier, fine wide wings glide over last summer’s heather,
overhead a hawk poised, focused on its prey below, and beyond
the peewit call of lapwing who, with blunt black and white wings, dip and swoop in one accord 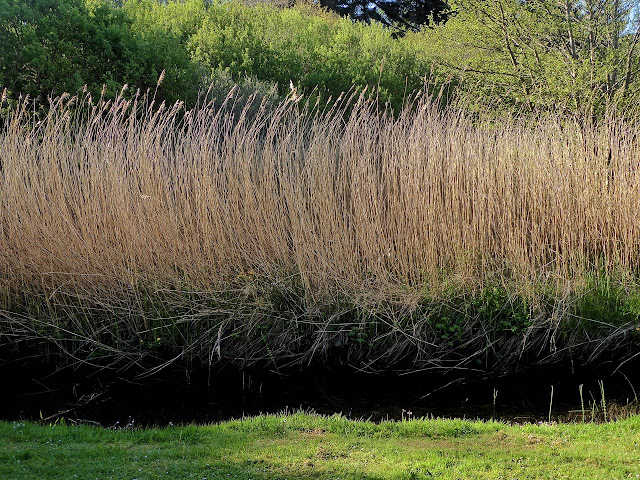 Across the stream from our cottage, the straw-coloured reed bed,
studded with marsh marigold, and lady’s smock,
reed warblers cling to individual stems of last year’s plant;
as the wind passes through the straw-coloured stems they bend and cross in mesmeric, shifting patterns 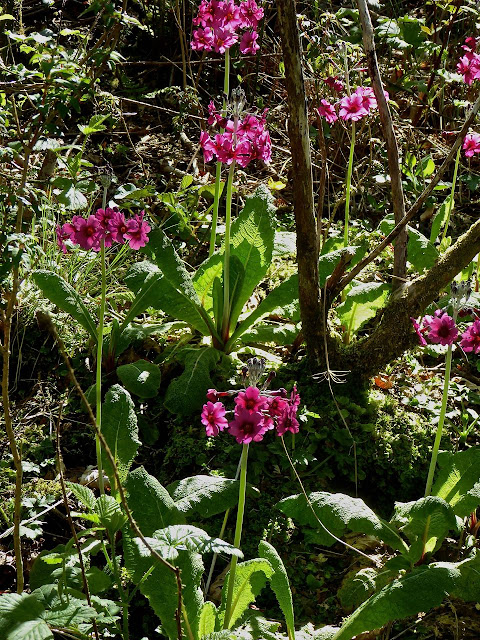 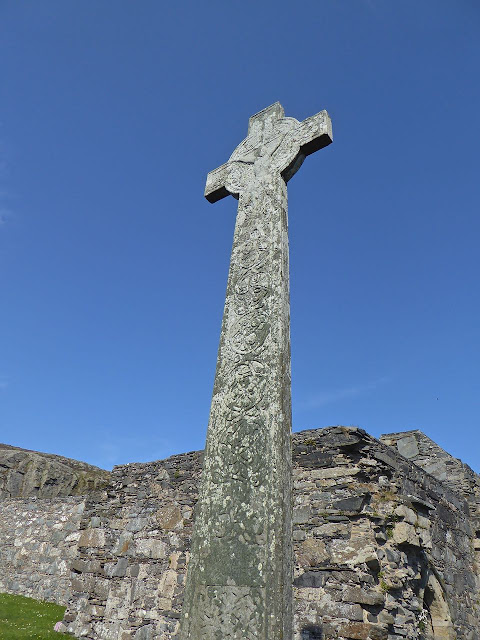 A mile of sand laid bare at low tide, the strand walk to Oronsay,
Colonsay’s tiny sibling, its history outweighs its size
Prisoners of the Napoleonic Wars built a network of dark grey dry stone walls,
up and over Mesolithic middens,
left by ancestors who dined on oysters and hazelnuts
In 1353 John of Islay, Lord of the Isles worshipped here
Oransay’s 14th century priory dedicated to St Columba,
its cloisters now open to the sky, the ghost-chants and prayers reverberate around ancient crumbling walls
The Oronsay Cross stands tall and proud, adorned by the Crucifixion and
entwining leaves which budded and were green in 1510 AD
On May Day, my first swallow of the year, swooped over the Priory ruins

In the island’s north, soaring over the craggy heights of Balnahard
a golden eagle, whose ancestors
bore witness to who was lain in a moss-clad cist grave
five thousand years ago
Pagan and Christian worshippers fashioned a life here 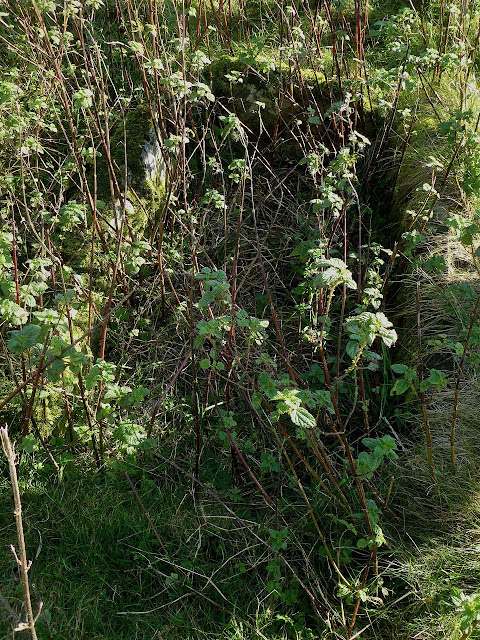 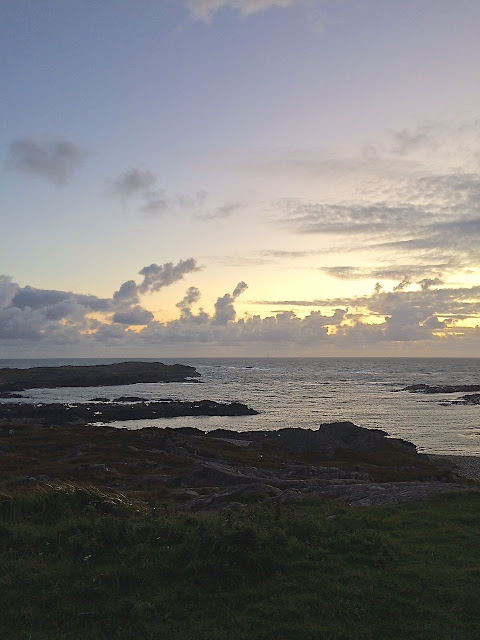 In summer the visitor numbers swell
The ferry spews off extra traffic and people.
Walkers, birdwatchers, backpackers, artists, tourists, cyclists,
Hebridean island-hoppers
returning visitors, armed with binoculars, cameras and sketchbooks.
They come to have a look, to discover, to rediscover
to find peace in the landscape, as we do, to breathe the Atlantic air


Late summer and early autumn
the palette changes
sunlight shifts to soft gold
the craggy hills are covered in heather
the colours of Scotland, tweeds and knitwear
soft purple and bracken 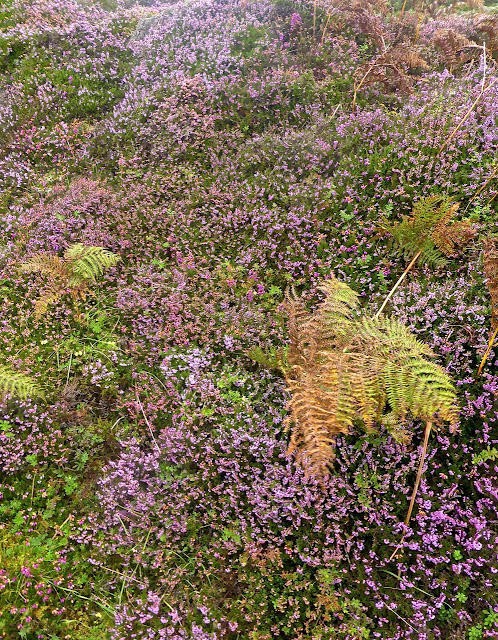 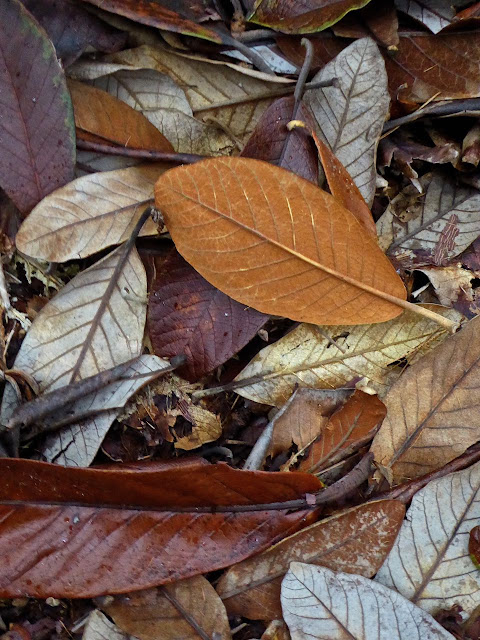 Visiting in early autumn and I reflect.
What would this tiny island be like in winter,
at the mercy of the weather,
icy blasts sweeping down from the Arctic
and across the North Atlantic.
Short days, long hours of darkness,
a small community

Easy to romanticise the roaring fires,
hearty stews,
wee nips of whisky
to keep the spirits up
But I would give it a go, just to be here

Almost mid September and still the swallows swoop and swish
They do not want to leave either.
As the ferry pulls away from the pier
the foaming trail left by the vessel
stretches out behind us.
That's my trail.
As Scalasaig becomes a distant, small collection of buildings
I feel myself being dragged away,
pulled and prized away.
The world offers endless holiday destinations
but that craggy outline, diminishing into the distance, keeps calling me back.
I know now where the wild apple mint grows
where the bees fill their honeycomb
where bluebells bloom either side of a grassy track
and where I might, just might, see otters play.
Colonsay is enough for me, and more