The dogs and I planned to walk round the very big field (one hour walk) yesterday.  There was snow on distant hills, blue sky and larks singing above, and despite a cold wind from the west, the sunshine is now warm enough to be felt through a winter jacket.  We set off on our usual route but I became sidetracked by an opening in the wall and a further opening across the lane into another field, surrounded by an equally good path.  So we were seduced to change track and explore a new walk.  We quickly came to a rather dark copse, and having walked alongside it for a couple of minutes I realised there was an old ruin in the heart of the wood, hiding underneath a heavy thatch of ivy.  I think they are the Langridge Limekilns, at Gladsmuir. 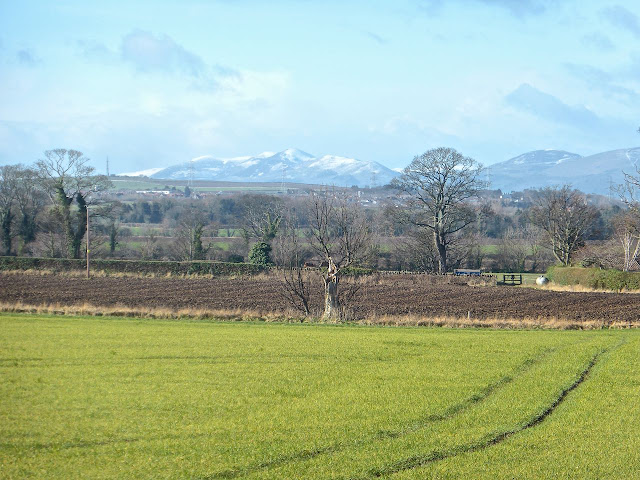 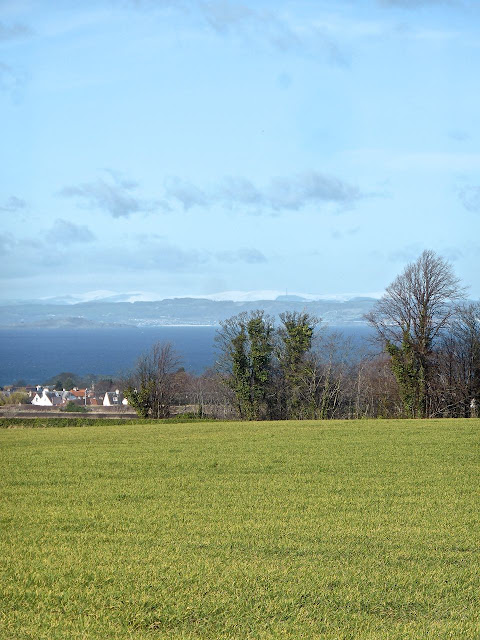 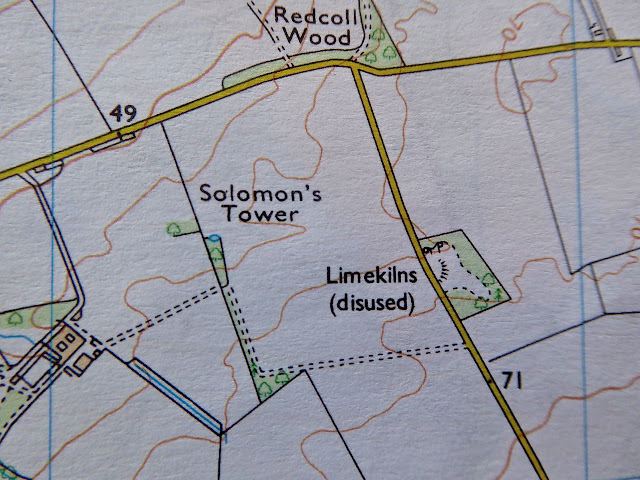 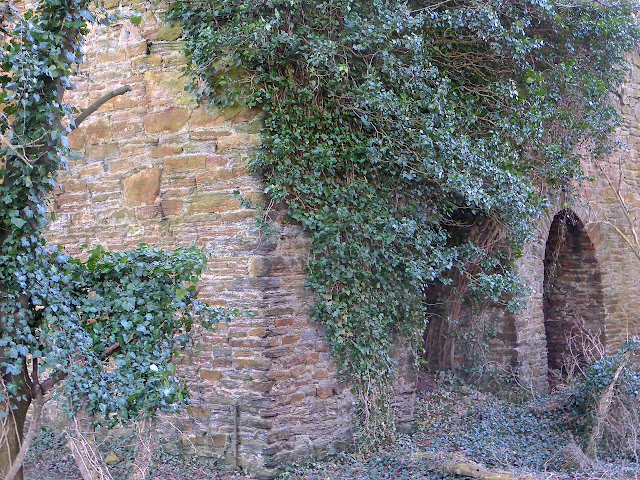 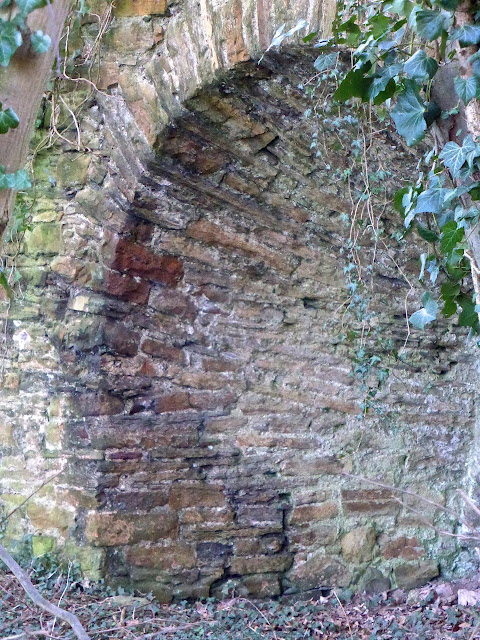 We rounded the corner of the copse and grazing in the sunshine, out of the wind, there was a group of eight deer.  I stood and watched them for a while, feeling bad that I was going to disturb their peaceful interlude.  After a little while they registered that we were there and set off across to the field beyond.  Beautiful, elegant creatures.  We carried on around the field, enjoying the views and the lovely old wall on the northern edge and a Red Admiral butterfly sunning itself on the ivy. 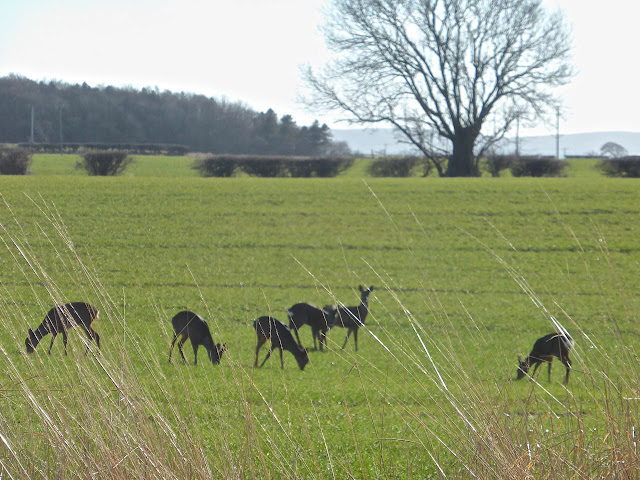 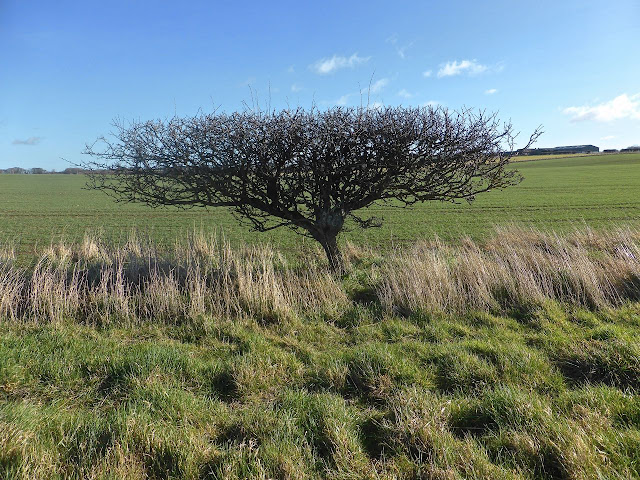 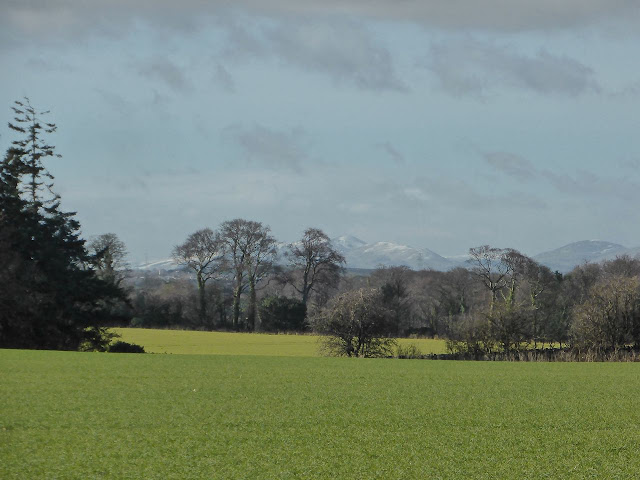 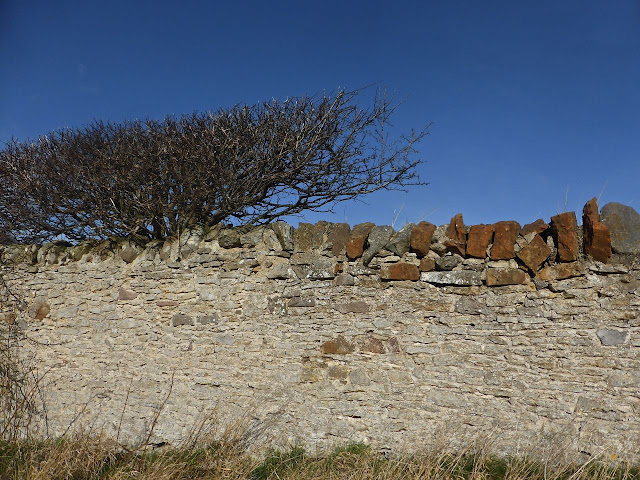 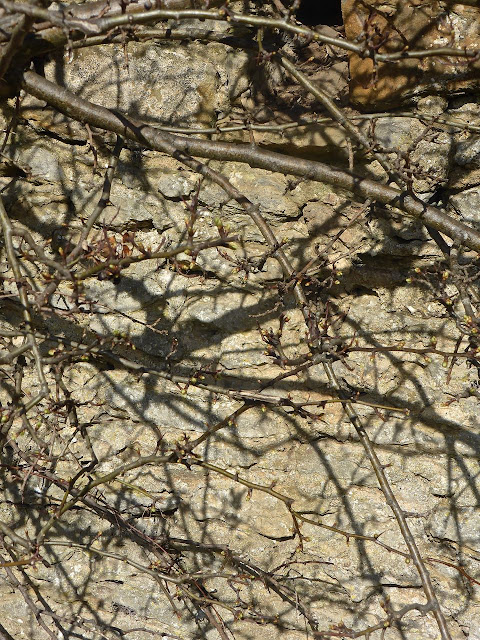 The photo below shows Arthur's Seat and Edinburgh, not so far away, and the next photo shows the Queensferry Crossing, the newish bridge across the Firth of Forth.  You can see it best when the sun is at a certain angle and picks up the white cable-stays which span between the three towers.  In this photo the white runs off into the snowy hills of Perthshire beyond. 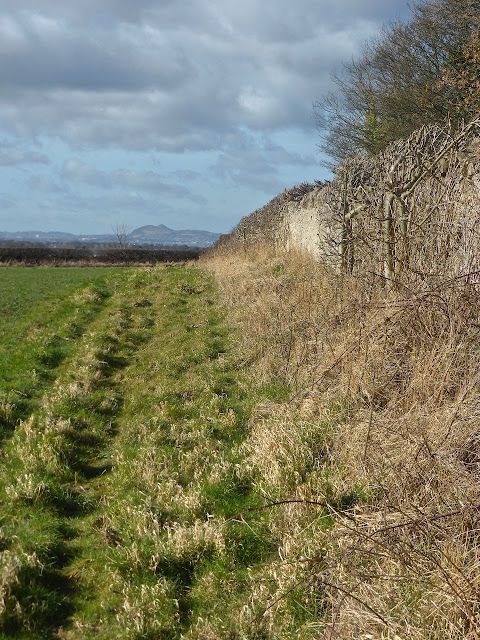 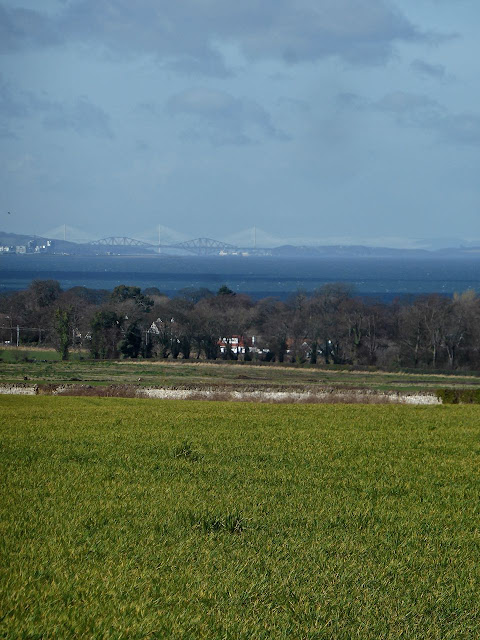 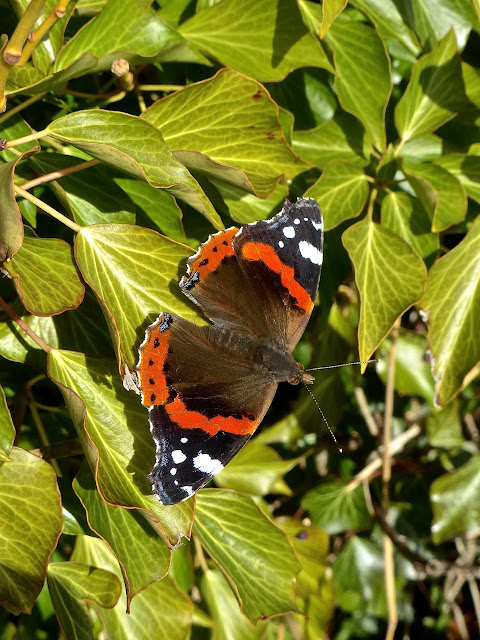 Falling apart in a vase on Monday

November 04, 2019
No leaf was harmed in the production of this vase on Monday!  They just fell apart all by themselves.  Fragile ruby red stems of leaflets from the rowan tree in our garden, glorious robust butter yellow and gingernut coloured leaves from one of my witch hazel bushes, and the delicate graceful leaves of silver birch.  They have all come together for my vase this week, and I feel they should be viewed with a sound track, so here is the link to Eva Cassidy singing Autumn Leaves.  https://www.youtube.com/watch?v=XTkUplF5VIEIt's all very melancholy, but however glorious autumn may be to the eye, it always brings a melancholy feeling to the heart.  Another year moving towards its close.