March 11, 2019
The other day, out of the blue, I remembered that my mother used to describe some things as "sweetly pretty".  To be honest I think when she said it she actually thought the subject matter was just a bit too sugary!  Well, there is nothing sugary about my little vases today, but I do think they are sweetly pretty!

I have had two large rose geranium plants sitting in the kitchen since last November, to protect them from the frosts.  They continued to grow through the winter months, becoming spindly and pale.  I have finally cut them back and put the two big pots outside, swathed in garden grade bubble wrap, in the hope they can cope with the remaining chill of winter (and there's snow on the Pentland Hills this morning!)  But I can't bring myself to discard the prunings, so sitting behind my two tiny vases today, there is one of the pots of cuttings! 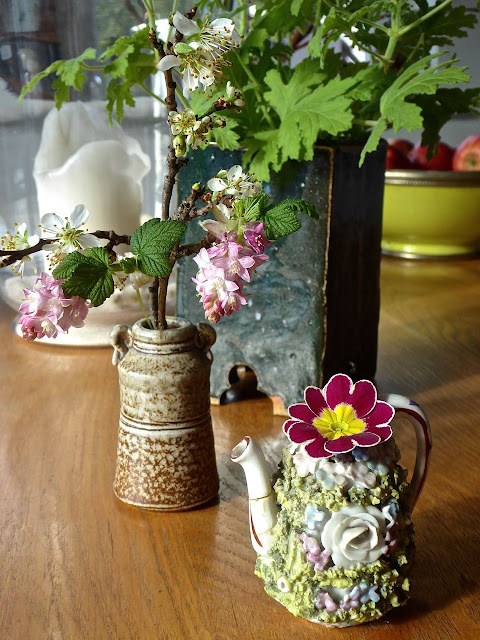 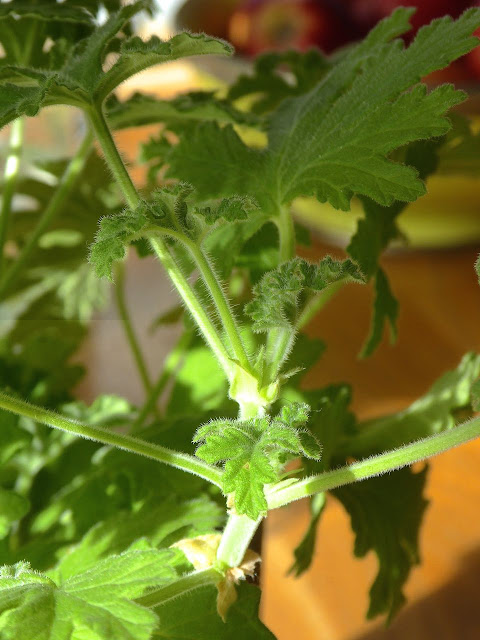 The middle vase has a sprig each of wild redcurrant and wild plum, and then the little sweetie in the front is one of the primrose flowers I found lying in the middle of the lawn, having been whipped off the plant by the weekend's ferocious wind. 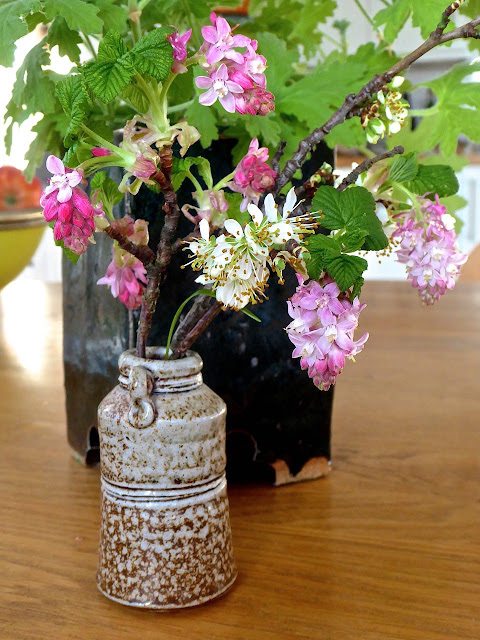 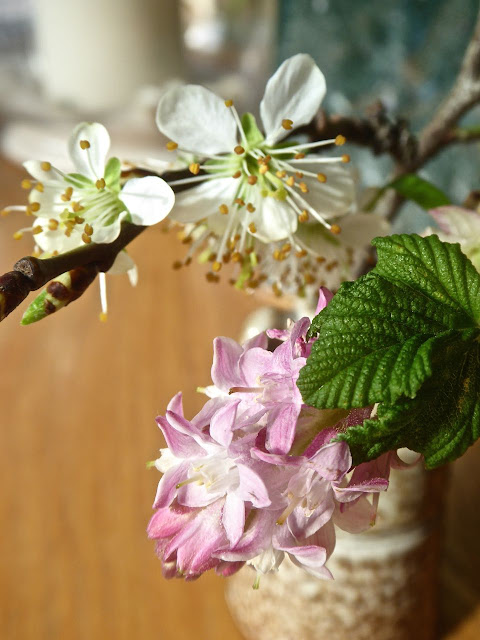 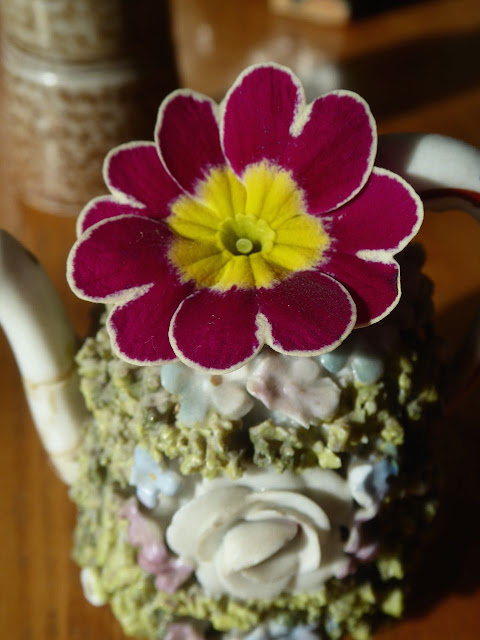 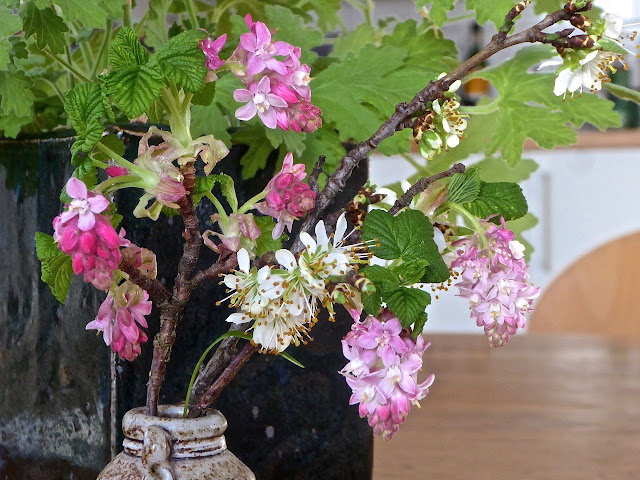 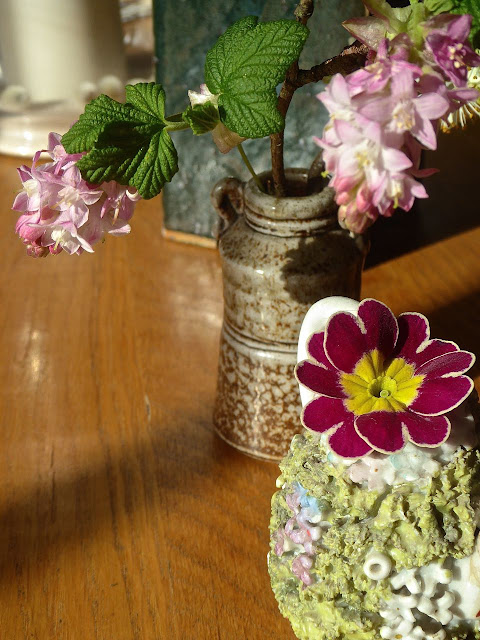 July 13, 2020
Nasturtiums and calendula make a return visit in my first vase this week.  Their strong colours were the best to bounce off the deep wine red of my first sweet peas.  I knew that my sweet peas were going to be a bit half-hearted this year.  They took for ever to germinate and have been slow to come to anything.  The plants are spindly and do not hold a lot of promise.  I seem to remember that last year they made repeated appearances in my Monday vases, right up until the first frosts.  All the seeds I have planted this year have been disappointing.  However, I am enjoying the vibrant colour of today's vase and may well call upon the nasturtiums and marigolds again over the coming weeks!
I picked the flowers in my second vase during a walk on Saturday afternoon.  Three different clovers - white, red and crimson, phacelia, hogweed and dainty fumitory.  The phacelia and crimson clover were growing along a field margin planted for pheasant cover, but for me they still count as wild fl…
12 comments
Read more

An orange vase on Monday

July 27, 2020
I have been trying to grow zinnias this year.  I thought I would plant up my young plants in the raised bed, forsaking vegetables for cut flowers.  So I did that.  Zinnias and cosmos.  However I hadn't accounted for the vigorous growth of self-seeded nasturtiums and calendula, which have almost completely taken over the whole bed!  Glorious though they are, in order to salvage something of the zinnias and cosmos I have cut back the marigolds and nasturtiums a bit, and because I can't throw a single flower away, if it is still in its prime, I have used some in my vase today!!

I have also added a few stems of parsley flower.  Those plants are about to be yanked out in favour of a new pot of supermarket flat leaved parsley plants. There are usually at least two dozen seedlings in each little pot, which always come on a treat once they have room to breathe and grow, going on to produce wonderful fronds for months for use in the kitchen.